You are not permitted to download, save or email this image. Visit image gallery to purchase the image.
Directors are being encouraged to start a conversation within their company about how automation could help improve productivity.
ASB manager consultancy services Mark Bowen, of Christchurch, will be talking to the Institute of Directors Otago-Southland branch on Wednesday about adopting smart automation technology within a business and discuss the successes, as well as risk, involved. 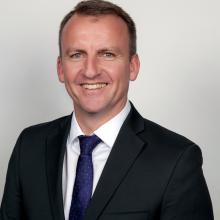 Mr Bowen, who will be speaking after the branch’s annual meeting, has worked with businesses for about three years to help them find ways they can adopt the technology.
Automation first appeared in New Zealand about five years ago, large entities adopting robotic process automation (RPA) for “manually intensive” tasks such as reconciliation of bank statements, Mr Bowen said.
Traditionally, a person would have printed out a bank statement and manually processed it, but now the computer could do it for them.
That saved time and freed up more time for other “value add” tasks within the organisation, he said.
“It’s not about getting robots to come into the business and remove costs in terms of human staff, it’s about giving them the opportunity to work on more meaningful tasks.”
Mr Bowen said he believed the key for directors was to start a conversation with their senior management team about if, and how, smart automation could be of benefit to their organisation.
About three years ago, it was estimated that only one in 10 businesses had adopted RPA. Now that had increased about three in 10, Mr Bowen said.
“It is getting better, but there is still a long way to go,” he said.
New Zealand businesses were traditionally “a little bit apprehensive” when it came to adopting new technology, particularly smart automation, but once a few had proven it could work they would follow.
“No-one wants to be the first, but they are happy to follow along,” he said.
He had recently worked with a radiology business which had deployed its first robot to help automate the reconciliation process between itself and the ACC, Mr Bowen said.
Instead of sending information once a week, it was now sent daily.
“It has completely changed their cash flows, which works very well for them.”
There was a belief that automation would replace the workforce, but it was about replacing the “boring and mundane” tasks, Mr Bowen said.
In order break that stereotype, he believed it was the role of automation experts and professionals to help explain it properly.
“It’s not about removing people from the business, it’s about removing some of the very manual and repetitive tasks from a human’s day-to-day role,” Mr Bowen said.
—  RILEY KENNEDY

As the Covid-19 pandemic brings the world into uncharted waters, Star Media journalists and photographers continue to report local stories that matter everyday – yours.
For more than 152 years our journalists have provided Cantabrians with local news that can be trusted. It’s more important now than ever to keep Cantabrians connected.
As our advertising has fallen during the pandemic, support from you our reader is crucial.
You can help us continue to provide local news you can trust simply by becoming a supporter.